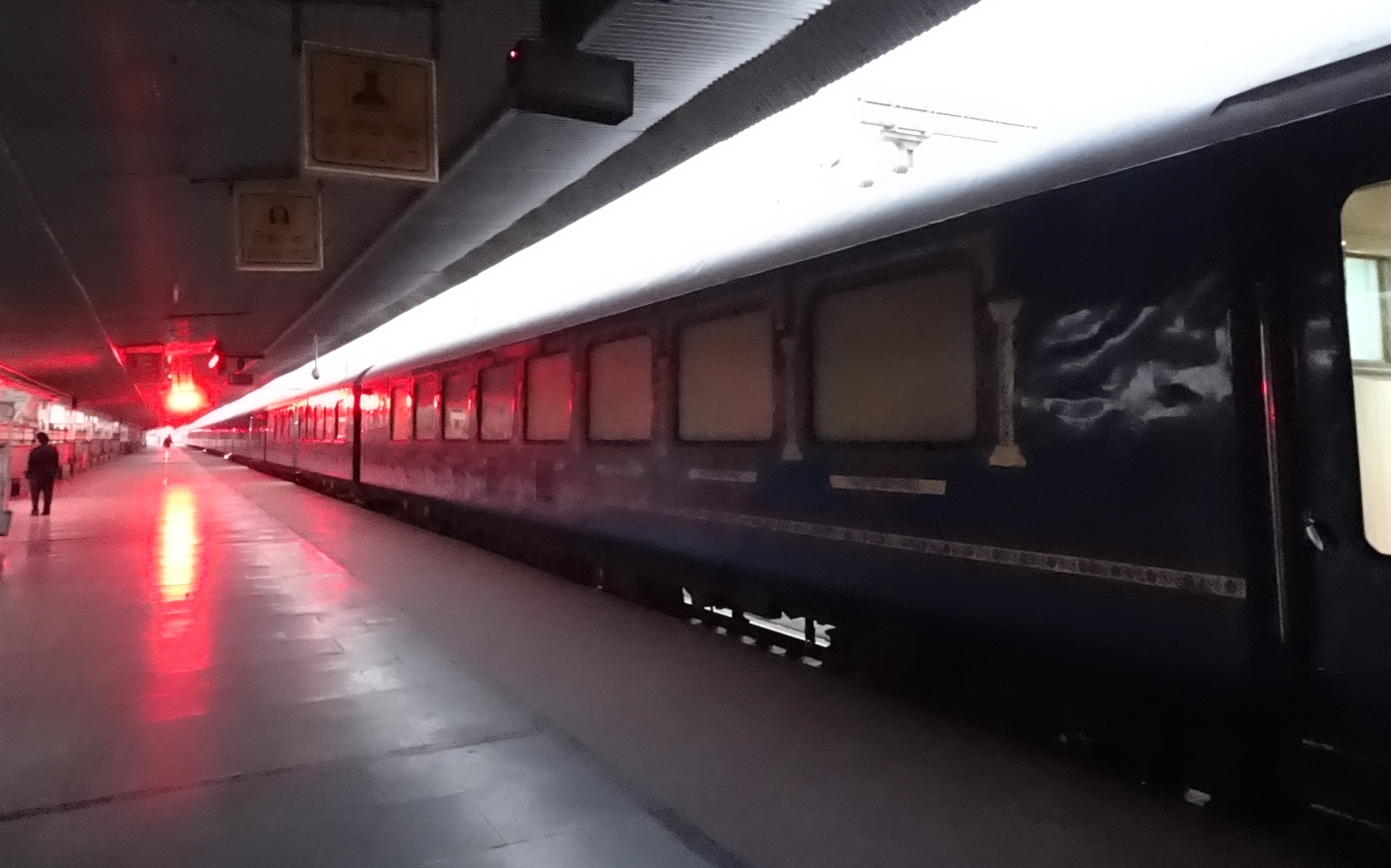 I was in India and hadn’t yet been on a local train. India is famous for it’s railways; I couldn’t not take a train. The 800-kilometre journey from Varanasi to Delhi seemed like the place to start.

The troubles started as soon as I tried to book a ticket. There’s a fairly elaborate procedure for foreigners to book tickets online, which entails comprehensive form-filling and both email and text verification. Unfortunately, having gone through the procedure, as I was in Kashmir at the time my UK mobile number would not work and as I was registering as a foreigner I wasn’t allowed to enter an Indian mobile number. The Kashmiri houseboat owner also tried, unsuccessfully, on my behalf. In the end my friend in Nepal contacted his agent in India and got a ticket in my name. However, it wasn’t for the train I wanted as they turned out to be online-only tickets. So instead of catching the 12-hour overnight train and arriving in Delhi the following morning conveniently at the same time as my mum arrived from her flight from the UK, I had a 14-hour daytime train arriving at 10pm. Oh well, maybe there would be some nice scenery to look at. There wasn’t.

Indian trains never run on time. This is a fact. Everybody knows it. Yet, for some inexplicable reason, my guest house owner in Varanasi suggested I leave the guest house at 6:00am for the 7:40am train. It took about twenty minutes to get from the guest house to the station and then the train was two and a half hours late arriving. It had already travelled around 900 kilometres from Puri in Odisha. 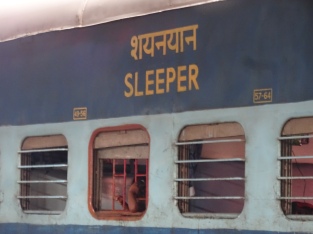 There is no rhyme or reason to the order of the carriages, so you just have to walk along the ridiculously long train until you find the right one. I had managed to get the last berth in A2, which is an air-conditioned sleeper class. Rather confusingly the “Sleeper” class is actually the cheapest class in which there are no sleeping berths. I found my berth, a coffin-sized upper bunk with no window, a puny light, dirty sheets full of samosa crumbs and squeezed me and my luggage into it pulling the curtain rail off in the process. This being India someone came along shortly and re-fixed the curtain rail with some makeshift contraption. Fortunately, clean sheets quickly followed.

We slowly trundled our way out of Varanasi and I settled in for the long journey hoping for the samosa and chai wallahs to appear for my rather overdue breakfast. I ate many samosas and various other deep-fried snacks to pass the time without having to leave my tiny coffin, along with drinking several cups of chai that cost the equivalent of 10p. A man also came by in the early evening to take dinner orders – biryani, veg or non-veg – which are delivered to your berth a couple of hours later. As long as you’re not hungry it’s a good system.

I had no idea where we were most of the time not having a window I could see out of, but Delhi was the end of the line so I wasn’t going to miss my stop. Occasionally I’d heave myself out of my bunk to take a look out of the door to see where we were, yet often we had just stopped for an extended period of time in the middle of nowhere where passengers would get off the train to walk up and down the tracks. The trains accelerate at such an incredibly slow pace that there is little risk of not being able to get back on board.

Finally we made it to Delhi. At 3:15 in the morning. A mere five and a half hours late. There was no shortage of taxi drivers and I took the first one to the hotel where my poor mother had been unable to sleep for fretting over my whereabouts.

Our tour guide the next day he asked me which train I had taken from Varanasi. When I replied with “The Neelanchal Express” he just burst out laughing.